What is a REIT?

A REIT is a company that owns, invests in, or provides financing for residential or commercial real estate.

The term REIT is really just a tax concept. As long as a company satisfies a long list of requirements set forth by the IRS, it can qualify as a REIT.

Common requirements to qualify as a REIT include:

The most well-known requirement for REITs is that they are required to distribute 90% of their income to their investors.

There are several tax advantages of qualifying as a REIT, mainly avoiding double taxation: once at the corporate level and then at the individual level – that’s why the REIT distributes 90% of its income to the owners.

Both traded and non-traded REITs invest across a vast sector of real estate.

However, most REITs usually focus on one sector. Common real estate sectors include: Industrials such as warehouses, Retail – think a shopping mall, residential – apartment complexes, or even timber – owning and harvesting timber properties.

And within a sector, a REIT can invest in different categories, from owning and operating property to providing financing for real estate owners.

Equity REITs. This is the most common type of REIT. Equity REITs typically own and operate income-producing real estate, like an apartment complex or retail space.

Hybrid REITs. Use a combination of Equity and Mortgage REITs.

Regardless of the category, a REIT can be either a traded REIT, a non-traded REIT, or even a private REIT, but private REITs are only open to accredited investors and out of scope for this discussion.

What is a Non-Traded REIT?

A Non-traded REIT, also known as a Public Non-Listed REIT, is a REIT by legal standards but does not publicly trade on a stock exchange like the New York Stock Exchange and is therefore not easily bought or sold.

Many crowdfunded real estate investments are structured as non-traded REITs.

What is a Traded REIT?

A traded REIT is publicly listed and traded on a stock exchange and can be easily bought and sold like traditionally traded stocks.

How Are They The Same?

Publicly Traded and Non-Traded REITs are regulated by the Securities and exchange commission (SEC).

Before investing, you can research the registration status and review recent filings of publicly traded and public non-traded issuers using the SEC’s EDGAR database.

Some offerings may focus on income-producing real estate, while others may focus on capital appreciation through a value-add strategy.

Commercial Real Estate is generally considered an inflation hedge. That is because as inflation increases, commercial real estate owners increase yearly rents as leases come due.

In 17 of the last 20 years, REIT dividend increases outpaced inflation when compared to the Consumer Price Index (CPI), according to REIT.com

How Are They Different?

The most crucial difference between traded and non-traded REITs is that non-traded REITs cannot be easily bought or sold because they do not trade on a public stock exchange like the New York Stock Exchange (NYSE).

Non-traded REITs are generally considered illiquid investments, which means they cannot easily be converted to cash.

Some companies that offer non-traded REITs have liquidity options, but they often require that investors pay a fee, usually around 1%, to sell their shares.

If you invest in a non-traded REIT, you should expect to hold your investment for 3 – 5 years.

Publicly traded REITs have a stronger correlation with the overall stock market and greater volatility.

Meanwhile, non-traded REITs have a correlation of 0.14 and -0.12 with publicly traded stocks and bonds, as noted in a TIAA study on private real estate investing.

Non-traded REITs generally have a higher minimum investment amount, ranging from $25 to $5,000, depending on the company.

Meanwhile, you can invest in publicly-traded REITs with just 1 Share.

Because publicly traded REITs have more information available, a large swath of independent performance benchmarks and analyst reports are available to the public.

Meanwhile, there are no independent analysts following non-traded REITs, which makes independent performance data sources challenging to come by.

If you want to invest in publicly traded REITs, the only requirement is that you have a brokerage or retirement account to start investing.

Investing in a non-traded REIT may have more demanding requirements. For example, some, but not all, real estate platforms are only open to accredited investors.

Most publicly-traded REITs own and operate the properties in their commercial real estate portfolio.

Meanwhile, most, but not all, platforms that market non-traded REITs simply serve as a conduit for connecting investors and real estate sponsors, earning a fee every time they sign-up as an investor.

Some argue this creates a potential conflict of interest because the platform’s goal is ultimately to make money. In contrast, others argue that this model is needed so sponsors can focus on real estate investing, not the marketing and administrative burden of managing many individual investors.

Comparing returns between non-traded REITs and traded REITs is not always an apples-to-apples comparison.

But let’s break it down…

So, publicly-traded REITs had superior performance to private real estate.

A driving factor behind the returns of publicly traded REITs is that they often invest in new property sectors such as data centers and cell phone towers and are more broadly diversified.

Meanwhile, private real estate remains primarily comprised of properties in the “RORI” (residential, office, retail, and industrial) sectors, which are slowly growing sector, according to market commentary by the National Association of Real Estate Investment Trusts.

Which is a Better Investment?

While publicly-traded REITs have had better returns than non-traded REITs, that only tells parts of the picture.

In addition, publicly traded REITs have a much lower investment minimum of 1 share compared to non-traded REITs, which usually require at least a minimum investment of $500.

However, non-traded REITs are not subject to wild stock market gyrations like publicly-traded REITs, so not having to withstand gut-wrenching movements makes some people sleep better at night, even if it means giving up 2 -4% in returns.

How Do I Invest?

You can easily buy and sell publicly traded REITs through your existing investment portfolio or brokerage.

Investing in non-traded REITs is a bit trickier. Most non-accredited investors who want to invest in public non-traded REITs usually have to do so through real estate crowdfunding platforms like Fundrise.

You cannot invest in public non-traded REITs through your brokerage. 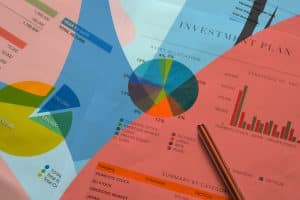 The Ultimate Beginner’s Guide To Investing in REITs 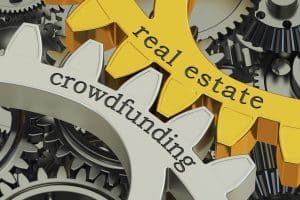 The Ultimate Guide to Real Estate Crowdfunding in 2023 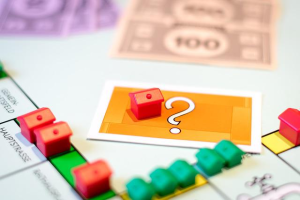 REITs vs. Real Estate: Which Investment Is Better?