This article includes links which we may receive compensation for if you click, at no cost to you.

At some point in your life, you may have seen a movie or TV show where the character says something to the effect of “oh, they have old money” or “they’re so tacky, they’re new money.” People generally associate old money or family money with the country club types: prim, proper, preppy, and highly educated.

Alternatively, when you hear the term new money, most people associate it with someone who recently became wealthy. They may be considered flashy and big spenders – some may even go as far as to call them tacky.

What Does The Term “Old Money” Mean?

Old money is inherited wealth, or money passed down between generations – businesses, investments, any types of assets meet the criteria of old money. Most commonly, there is likely a very successful family business that has been handed down throughout the generations, allowing for the continuation of the transference of wealth.

The Rockefellers, the Vanderbilts, and the Morgans – as in J.P. Morgan – are some of the most famous old money families in the US. My last office building was in Rockefeller Center in NYC.

What is New Money?

New money is wealth that was earned, not inherited. This could be someone who founded and sold a technology startup, an athlete, or a celebrity. If you are self-made, you are considered new money.

Some of the most famous new money examples are tech founders like Elon Musk and Mark Zuckerberg, an athlete like LeBron James, or the rapper Kanye West.

Some of the most significant distinctions between New Money vs. Old Money are Social Status, Source of Wealth, and Lifestyle.

Let’s take a deeper look at all three.

Social hierarchy is the most significant difference when defining the difference between old money and new money.

Old money families are likely rubbing elbows with other elite families at prestigious charity events or galas. They may also sit on boards of trustees at libraries, hospitals, museums, or even on a giant corporation board; maybe even all of the above!

Old money families are generally associated with corporate executives, politicians, or world leaders. These relationships may have been built and passed down over generations, just as their wealth was.

On the other hand, new money is not as well-connected. They are considered influential within their particular business niche, but generally unknown or dismissed in circles outside their own. This is obviously not a hard and fast rule as the lines between new money and old money can become quite blurred.

The most well-known old money families that grew to prominence were 19th and 20th-century magnates who were involved in oil, banking, railroads, and shipping. These companies laid the groundwork for some of the most common household names that are still in business today.

Alternatively, the source of wealth for someone who is considered new money may be from entrepreneurial efforts such as founding a start-up, or they may even be an athlete or celebrity.

Ferraris, designer clothes, waterfront mansions in Miami. When you think of new money, especially celebrities, musicians, or athletes, you think of excessive and frivolous spending. One of the most famous artists who is notorious for this type of spending is 50 Cent. He earned over $300 million in just 2 years. He then filed for bankruptcy in 2015. At the time of the filing, he reported $32million in debt – geez!

Not all entertainers are considered excessive spenders! Writing this makes me think of when The Rapper Lil’ Dicky made a pretty funny parody rap video about saving money.

Old money is often associated with multi-generational wealth, the first thing that may come to mind is the millionaire businessperson who only leaves a 5% percent tip after an exquisite dinner. The point is, old money families are associated with frugality, saving, and demureness. Remember Mr. Burns from The Simpsons?

At The End of The Day, Do These Terms Really Matter?

No, they don’t matter at all. Not even a little bit. The continuing democratization of finance, further development of technology, and expanding globalization of our ever-connected world, makes the term new money and old money even less relevant.

Sure, there are still families with vast fortunes that will continue to pass down their wealth. But those families aren’t making headlines anymore and perhaps they like it that way. And in 2021, the world’s wealthiest and most successful business people are technically new money, so the term just doesn’t have the same heft anymore.

More people are going to college, while at the same time, education about personal finance is becoming mainstream. It’s not just reserved for the ultra-wealthy anymore.

Whether you are rich or poor, have old money, new money, or no money, building wealth is a long-term game. The “New Money” folks likely put in years crafting the perfect product or service. That said, having old money doesn’t mean that you can rest on your laurels and expect your business to continue operating as a going concern. Despite the way the media portrays it, the world simply doesn’t work that way.

If you have your own business, are an employee, or seek to improve your finances, there’s always room to learn. I am constantly reading books related to personal finance. A must-read is The Millionaire Next Door. Additionally, you always need to make sure you keep track of your budget and finances. A great free app for that is Personal Capital. 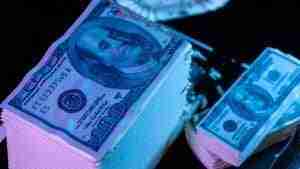 Making Six Figures. Is That Even a Big Deal Anymore? 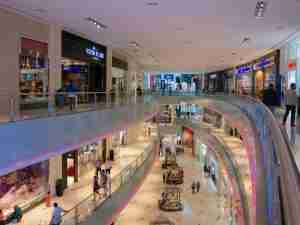 What is Lifestyle Creep: How to Identify It And Avoid It Before It’s Too Late 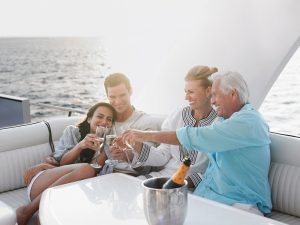 8 Tips for Creating Generational Wealth in 2022